Far more than her list of favorite designers, I’d love to read a list of Joan Rivers’ favorite writers. I know she had to be a big reader because she was a big writer. I heard she wrote jokes every night, and good jokes demand the precision of a watchmaker and the imagination of a poet. Her writing beyond the jokes included twelve books, a teleplay, and a screenplay. The woman wrote.

I have a fantasy that every single woman comic in the world will read my latest book. My biggest fantasy was that it would fall into the bejeweled and manicured hands of Joan Rivers herself, who was one of the comics Candy (Best to Laugh‘s heroine) would impersonate for her grandmother while the twosome watched The Tonight Show. Candy’s ultimate Hollywood dream was to be on the show with Johnny Carson as well as having a career like his.

Candy’s dream was a lot like Joan Rivers’, who happened to live it. One of the many lessons a woman like Rivers can teach us is that dreams aren’t misty or water-colored (oh wait, that’s memories). Dreams, if you want to actualize them, take hard slogging work, and the ability to get up when you’re knocked down and then get up again the next day, when you’re knocked down again. Rinse. Repeat. Rinse again.

Sometimes Hollywood luck is fickle and will land on a beauteous bartender who shook a martini for a big producer or a handsome hairdresser who set and curled the coiffure of big agent. But most of the time, luck is attracted to those who keep showing up, who stubbornly refuse to accept all the no, no, nos that are lobbed at them like rotten tomatoes. Joan Rivers dodged lots of tomatoes, got splattered by some, and was probably dazed by the force at which some of them were thrown. Still, she got up, brushed the seeds and pulp off, and continued doing what she loved doing: making people laugh. 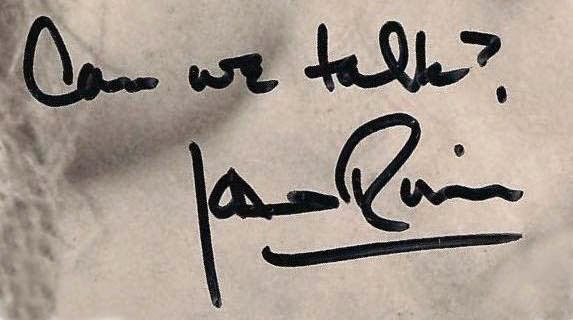 I love making people laugh (who doesn’t?), but in my stand-up career, I didn’t have a consuming drive. Unlike Joan, who would cart a big tape recorder to record her early club dates, I couldn’t be bothered to listen to my act over and over, fine-tuning it. It was a criticism I got back then – you’ve got to hone your act! – and a criticism Candy also faces. I cherish the fun I had in my twenties doing stand-up and improv, but it was only when I moved back to Minneapolis and started writing my first novel that I discovered what being driven was all about.

The writing . . . that’s what mattered first to me as a kid, and as I rediscovered, that’s what still mattered most. I’ll never stop wanting to make people laugh, but to tell a whole story, to make up characters and their world and invite people to come and settle in with them . . . that’s worth doing the hard daily slog for and I have learned to wear rain gear that rotten tomatoes get little traction on.

(And yes, I know I ended a sentence with a preposition, but like ‘no white after Labor Day,’ that’s a rule that needs to be consigned to the ‘Whoever Thought of that Dumb Idea?’ bin.)

Lorna Landvik is the best-selling author of many novels, including Patty Jane’s House of Curl, Angry Housewives Eating Bon-Bons, Oh My Stars, and Mayor of the Universe (Minnesota, 2014). Her most recent novel, Best to Laugh, is now available from University of Minnesota Press.

Lorna Landvik will speak at this Wednesday’s Talk of the Stacks at 7PM at the Minneapolis Central Library.