A recent analysis of financial data provided by the International Olympic Committee (IOC) attempted to quantify how much the Olympic brand is worth today. The analysis, in many ways a problematic one, found it to be worth $47.5 billion dollars, which positions it above Google and second only to Apple, the corporate giants with which it shares the first three spots of the ranking. A question that arises about precisely what kind of value this analysis measures involves the urban dimension of the Olympics: the dilapidated remains of many Olympic sites, many of which become little more than ruins just after the temporary event is over, indicate that the value of the brand tends not to translate into financial gain for host Olympic cities.

Already a powerful corporation by the mid-twentieth-century, at that time the IOC did not quite possess the unified brand identity it possesses today. It is hard to imagine that it would have acquired it without drawing upon branding efforts associated with specific Olympics like Mexico 1968. While Tokyo 1964, its immediate predecessor, had featured ambitious design campaigns, the total design logic of the Mexican campaign—premised on the integration and translatability of consistent formal elements across a wide range of media—was unique.

An international team headed by Beatrice Trueblood and Eduardo Terrazas, and which included figures like Lance Wyman, Michael C. Gross, and Peter Murdoch, among others, was responsible for the effort, which was commissioned by the Mexican Olympic Committee (MOC), headed by architect Pedro Ramírez Vázquez. Years later, this architect designed the International Olympic Committee’s headquarters in Lausanne (1986).

The generative image from which much of the campaign stems is Wyman’s Mexico ’68 logo, which combines a series of radiating patterns with the word “Mexico,” the number “68” and the central visual element of the IOC’s brand, the five Olympic rings. Painted pavements surrounding the Olympic sites replicated the same patterns in a variety of colors; postage stamps advertised Olympic events and sites of athletic competitions employing the same formal logic; even the logo itself took on monumental incarnations in a series of urban sculptures located in sites around the capital city.

What exactly was being branded? There was, of course, the ephemeral Olympic event, which lasted between October 12 and October 27, 1968. However, the campaign also advertised to the world, then experiencing a mass media revolution fueled by television—the medium that most significantly increased the profitability of the Olympics in the twentieth century—a distinctive destination, a specific city located in the first developing country to organize such an ambitious undertaking.

Like the Olympic brand itself, the value of the Mexico ‘68 brand is not easy to assess. A landscape of Olympic ruins is not found in Mexico City, whose authorities made strategic reuse of existing sports facilities and, mostly because funds were scarce, built few new ones for the Olympics. And yet, the social and economic cost of the event, which led to the selective gentrification of fragments of the city and took place in a violent environment, was high. On October 2, 1968, ten days before their inauguration, for instance, government forces infamously opened fire against student protesters who denounced the autocratic political regime that commissioned the Olympics.

In strict design terms, the Mexico ’68 brand remains influential. The rainbow pavements designed for the London Olympic Stadium, site of the 2012 summer Olympics, are direct heirs to their Mexican predecessors; Wyman’s career after Mexico ’68, currently the subject of an exhibition in Mexico City, speaks to the influence of that campaign over his wide-ranging practice. And just as the Olympic brand has gradually become tangible and increasingly valuable, a specific Olympics without a clearly identifiable brand would be difficult to even conceive today.

The memory of Mexico ‘68 becomes increasingly relevant as we approach the 2016 Olympics in Rio de Janeiro, the second-ever Latin American city to host such an event. The city is set to host the Olympics shortly after the 2014 soccer World Cup was celebrated in several Brazilian cities this past summer (In Mexico, the order was the reverse: the 1970 soccer World Cup took place in some of the sports facilities used for the Olympics two years earlier).

This past April, the vice-president of the IOC characterized preparations for the Rio Olympics as the ‘worst ever’ in his experience. This critique is reminiscent of the doubts cast on the Mexican authorities’ ability to successfully stage Mexico ‘68, and speak to geopolitical asymmetries that defined the 1960s as well as the present day. The irony is that the social cost of the Olympic brand seems to affect the ‘developed’ and ‘developing’ worlds more evenly today than ever before: the militarized ‘pacification’ of Rio de Janeiro reminds us of the tense environment of Mexico ’68 or Beijing during the 2008 summer Olympics; yet the 2012 summer Olympics in London and the 2010 Winter Olympics in Vancouver, to name only two examples, also took place in militarized, highly divisive conditions. The aggregate of this historical experience should serve the purpose of assessing how much Olympics are worth in a holistic sense; this approach to designing and planning the events may help to bridge the seemingly expanding gap between the profitability of the brand and its concrete effects on the specific sites it visits every few years. 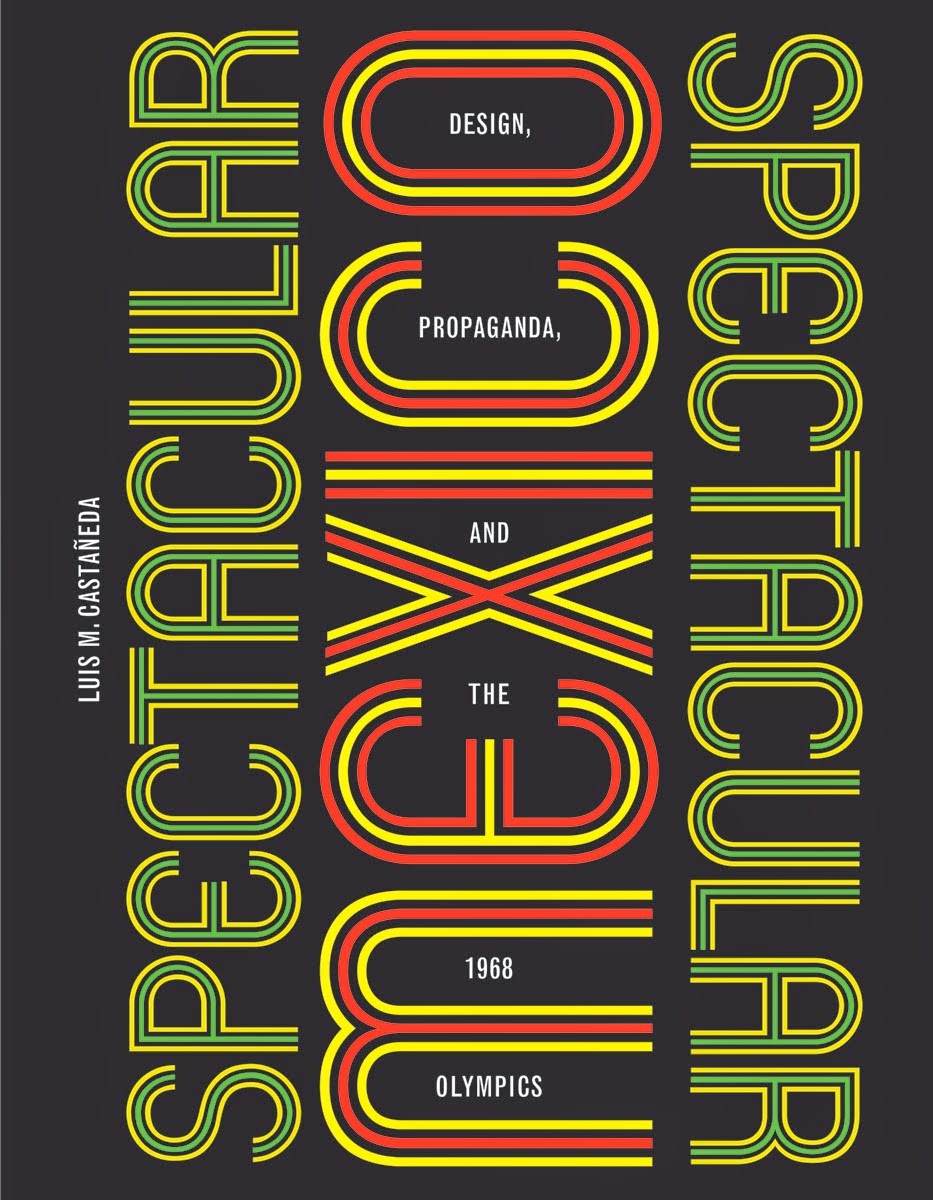 Luis M. Castañeda is assistant professor of art history at Syracuse University and the author of Spectacular Mexico: Design, Propaganda, and the 1968 Olympics.

“An extraordinary piece of research and, more importantly, historical imagination, this book makes its points clearly, with crystalline and imaginative intelligence, and with massive empirical backing.”—Mauricio Tenorio, author of “I Speak of the City”: Mexico City, 1880–1930